How animation adds to a better brand experience

Brands are more and more aware of the need for moving images. Where 20 years ago images overtook the written word, video & animation nowadays catch one’s attention more than a static image.

Motion in branding is a trend that calls for dynamic logos, typography and elements, where everything in the design is created with movement in mind. The idea is that bringing life to a company logo – when done right – will move the target audience on an emotional level. This positions the brand towards the front of a potential customer’s mind.

At least: That’s what it should do. But even if it fails at that, a moving logo, with moving brand elements, will look like a brand ready to take on the future. Because movement happens everywhere; from device to device, from platform to platform. Whether it is on social media or on your own website, in an app on one’s phone or on a video billboard: Motion in branding is hot and it is here to stay.

When thinking about motion, it’s easy to think of the big brands we know from TV or film. From 20th Century Fox to Netflix or Amazon Prime. Their animated logo’s stand out in the field of film and almost anyone knows what their animations look like.

But brands have many other touch points at their disposal where they can showcase their identities. Online in explainer videos, content videos on social, save the date videos delivered by mail, company logo email signatures and virtual event presentations, to name a few.

And so it is no surprise that more companies are considering grabbing the attention of their viewers by making the visual identity stand out through motion.

Decades ago I was alternating work between freelancing as a motion designer and being a bartender in my brother’s restaurant in Amsterdam. He pointed out to me how the e’s in the Heineken logo are designed to be ‘smiling’. This was intentionally done to add to a feeling of fun and socialization.

Fun and socializing is emphazised in the motion of the letters e’s laughing.

Luck would have it that I’d be working on a Heineken commercial and with that knowledge in mind I animated the e’s to be shaking from laughter. My art director was extremely happy and I’m pretty sure he took credit for something that was inherently there in the design of the logo.

It’s been 20 years and I still now and then see that particular animation being used on the billboards promoting Heineken during soccer matches.

In the interactive space, motion is impossible to ignore. Think of something as basic as a blinking cursor: It immediately grabs your attention. And remember Microsoft’s Word’s Clippy? Or any modern website these days, where scrolling makes new elements appear as fluid as can be.

In the UI/UX design space, designers have been using what the Germans call ‘Augenkitzel’ (The tickling of the eye) for ages. A jumping icon in the OS application bar to grab your attention, a password-box shaking ‘no’ when filling in an incorrect password, the enlargement of a button when hovering over it with your mouse. All ways of explaining to the user: ‘I’m here – please interact with me’.

The modern way of positioning a brand

These trends – animation overtaking plain images and a need for more dynamic branding – gradually and naturally shaped the composition of our agency over the past decade: our designers now consist of 50% purely graphic designers and 50% motion designers.

When creating Jakop Ahlbom’s logo, we used the letters to visualize this collective of actors, dancers and musicians. Just like the players the logo’s characters move in a choreography, within a grid. It gave us the opportunity to show all the characteristics of the shows they perform. Adding animation gave it an extra dimension.

To us, it seems obvious that good motion design should be rooted in good graphic design. And the opposite is true as well: Motion should be at the heart and start of the design process. There’s no point in designing a logo or visual device without thinking about how it should animate afterwards. It’s all part of the initial design process.

Does the animation fit the brand?

Once you see your brand needs to embrace motion, it’s important to consider in what kind of way it animates. Just making logo’s, elements and letters move is not enough. Does the animation emphasize the brand attributes it needs to convey?

Surely this is open for interpretation; how we experience movement is no science. But you can imagine that the Nickelodeon logo will animate differently than for example CNN’s. Fast and bouncy movement conveys youth, fun and/or energy. Slow, fading and easing movement on the other hand stand for serious, businesslike or classy values.

Imagine the Apple logo jumping up and down… Or the Pixar logo slowly fading in. It would directly have a negative effect on brand recognition. Just like colors, shapes and typeface add value and emotion to a brand, so does the type of animation.

So the next thing to consider then is: does the animation tell the right story? As you can imagine, storytelling is big within animation. No matter how subtle — it can tell a little story in a minimum amount of time.

This platform’s process of balancing energy sources, became visual by thinking in motion. Not only does the logo have a revealing animation, the use of shifting colored blocks in constant movement in other marketing collateral, add to a better representation of the brand.

Motion at the core of design

So what is the ideal way to create a brand, or how can you add to the current brand experience? By bringing three competencies together. The better logo’s already combine storytelling with graphic design. The next, future proof step is to add movement to the mix. 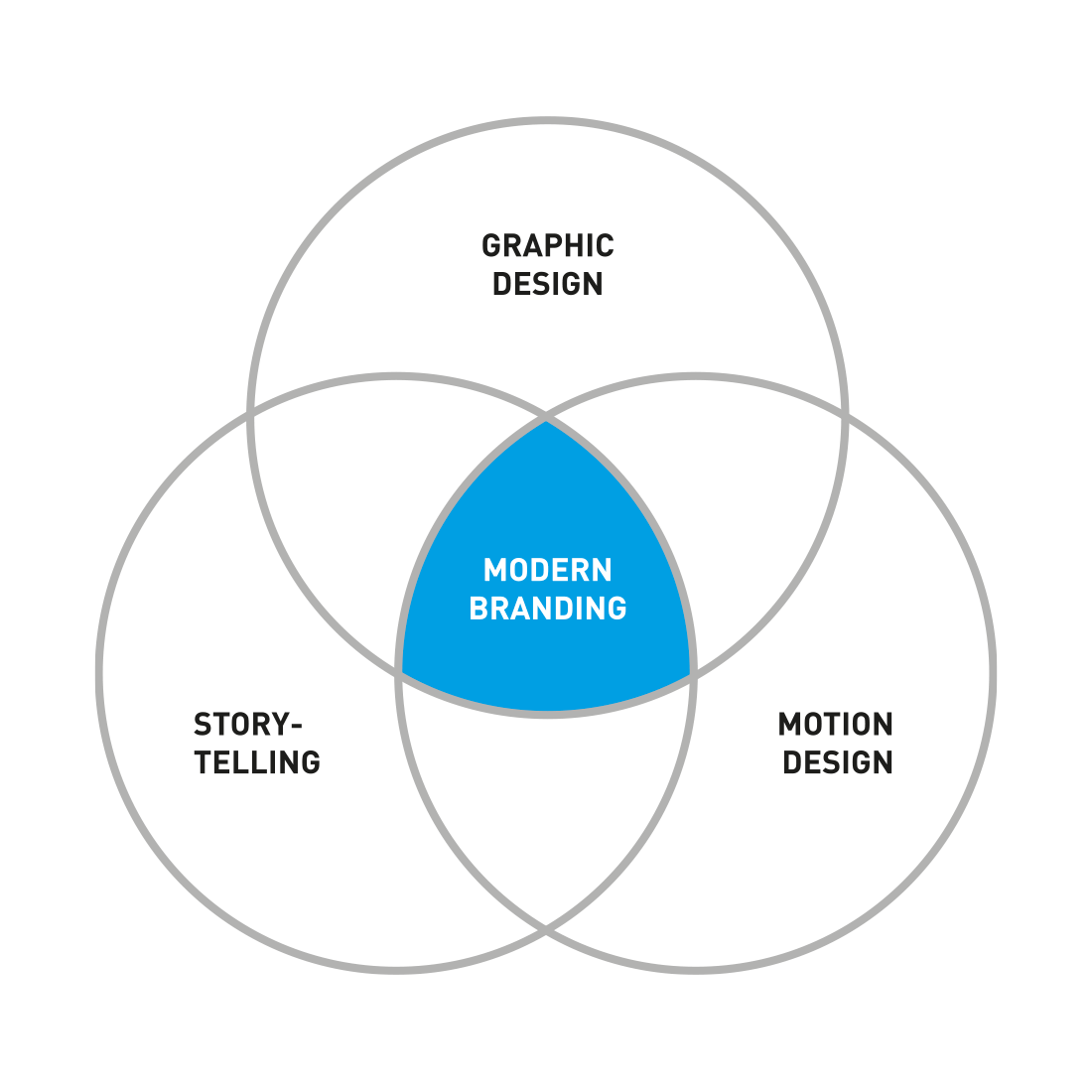 It’s a challenging extra step to add animation to one’s visual identity. But we see it becoming more and more commonplace. In the end, it’s key to not ‘just’ design a brand and try to make it come alive… But to make sure it is alive from the start — by putting motion at the heart of the design process.

Studio MINSK is an Amsterdam based branding & design agency. We make brands communicate stronger and perform better. Whether that’s through print, online, TV or live. If you’re curious about how we can help your brand get ahead of the competition, head on over to studiominsk.nl