Why are sneakers
so expensive?

Here’s how we helped brand activation agency Persuade to make gorgeous 3D renders and videos for their Hybrid-Z sneaker campaign. Why are sneakers
so expensive?

Here’s how we helped brand activation agency Persuade to make gorgeous 3D renders and videos for their Hybrid-Z sneaker campaign.

Persuade developed a sneaker campaign for their client Zeeman (known for affordable clothing and accessories) to explain why quality sneakers do not have to be expensive. The retailer made two types of sneakers: one expensive and one cheap. Persuade then looked for a studio to make high-end videos with which to promote both sneakers and campaign.

We asked Persuade how our collaboration could be ultimately successful. This would be when the videos would match the artistic quality of Nike or Adidas campaigns, within tight deadlines. Added bonus if the campaign would go viral. Persuade asked us for artist impressions of the Hybrid-Z shoe, a teaser and a trailer. Since there was no shoe yet, everything was set up in 3D. The starting point for the teaser was the marketing of a new, mysterious high-end sneaker, without immediately mentioning the brand name Zeeman. By keeping the teaser animations somewhat abstract, we did not give away too much of the shoe.

At a later stage, the Zeeman brand name was revealed and we were able to show the shoe in its full glory. This then became the trailer, an extended edition of the earlier teaser. In addition to the artist impressions, a more sober, comparative film was needed, in clear Zeeman tone of voice. This explainer video was intended for web use only, but was promoted to TV commercial by the customer. Again, no image was available and everything was first developed in 3D, down to the future pop-up stores. Any sizeable campaign requires a lot of communication and back and forth between customer and the creatives of the advertising agency. Below you can see a number of test renders and sketches to give an impression of how we intended to visualize the films, before we put together the final frames. Two pop-up stores were opened to sell the shoes in Amsterdam and Antwerp. People queued up to get a hold of either the Hybrid-Z or the Basic-Z. What was planned to run for three days, sold out in 2 hours. 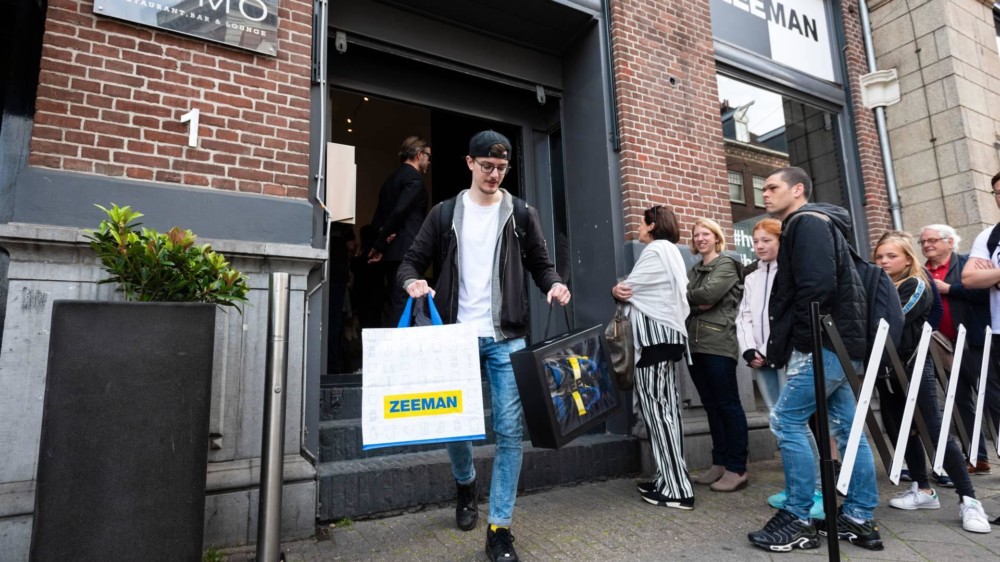 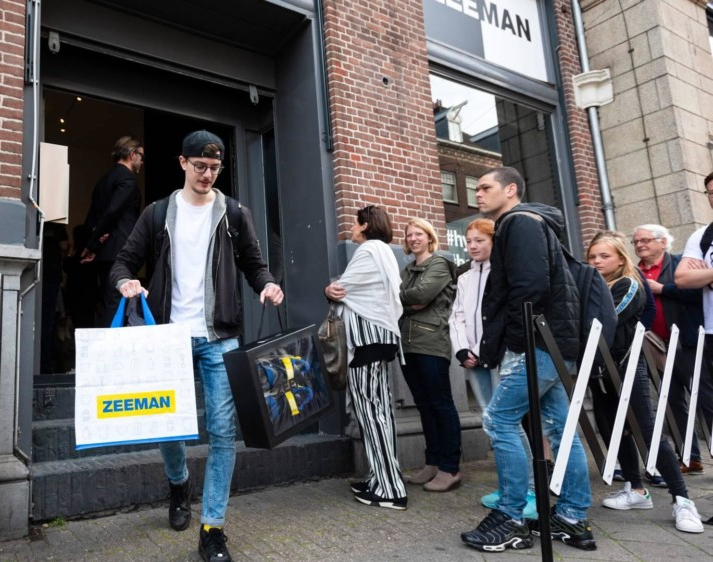 The Hybrid-Z campaign won multiple awards: A bronze lamp for The Dutch Creativity Awards, 3 Epica Awards and One Esprix Award.