Here’s how we helped Jakop Ahlbom (in co-production with ISH Dance Collective and DeLaMar) with visuals for his theatre show ‘Knock-Out’.

Here’s how we helped Jakop Ahlbom (in co-production with ISH Dance Collective and DeLaMar) with visuals for his theatre show ‘Knock-Out’.

Most often, advertising for a show needs to be communicated to magazines and theaters ahead of the theater season for programming. While there is only an inkling of what Jakop wants to bring to the stage, we need to visualize what it should communicate. This means creating images based on nothing more than a rudimentary idea.

DeLaMar director Andreas Fleischmann asked Jakop Ahlbom if he and his company could make something special for DeLaMar. Since Ahlbom had a passionate love for the fight film and slapstick genre since his childhood, a full-fledged performance with that premise was the obvious choice. A childhood dream for a maker who used to watch the films of fighters Bruce Lee and Jackie Chan breathlessly. A genre we happily refer to in the designs.

A lot of content is needed to generate attention for the shows. We created imagery, both moving and still, to be used in different forms. From social to print to merchandize. We always aim to create materials which the theaters will embrace and use for promotional goals.

Never change a winning team. For this shoot we worked together with photographer Leon Hendrickx and costume designer Esmée Thomassen.

Based on the initial sketches Leon took different photos of the actors so they could switch places in the final layout. We carefully selected the best images to create an effective composition. We used lighting and different textures to give the image a vintage and almost manual feel. To differentiate the actors and add a certain playfulness we  added colors. The big and bold typography finishes it all off. Finally we used the same images to create an effective teaser:

Special solo portraits were created for the actors to promote their roles and the show on social media. Just like in the show they jump, kick, fly and punch.

Not just the main image but also the solo portraits turned out to be very suitable for the production of merchandize; tote bags, banners, stickers, t-shirts, you name it.

Knock-Out:
Songs From A Cowboy

The story of the show is told through the songs of and by Len Lucieer. The songs are published bij Excelsior Records. The artwork we made for the album matches the show and boasts one of the portraits we shot of Len. 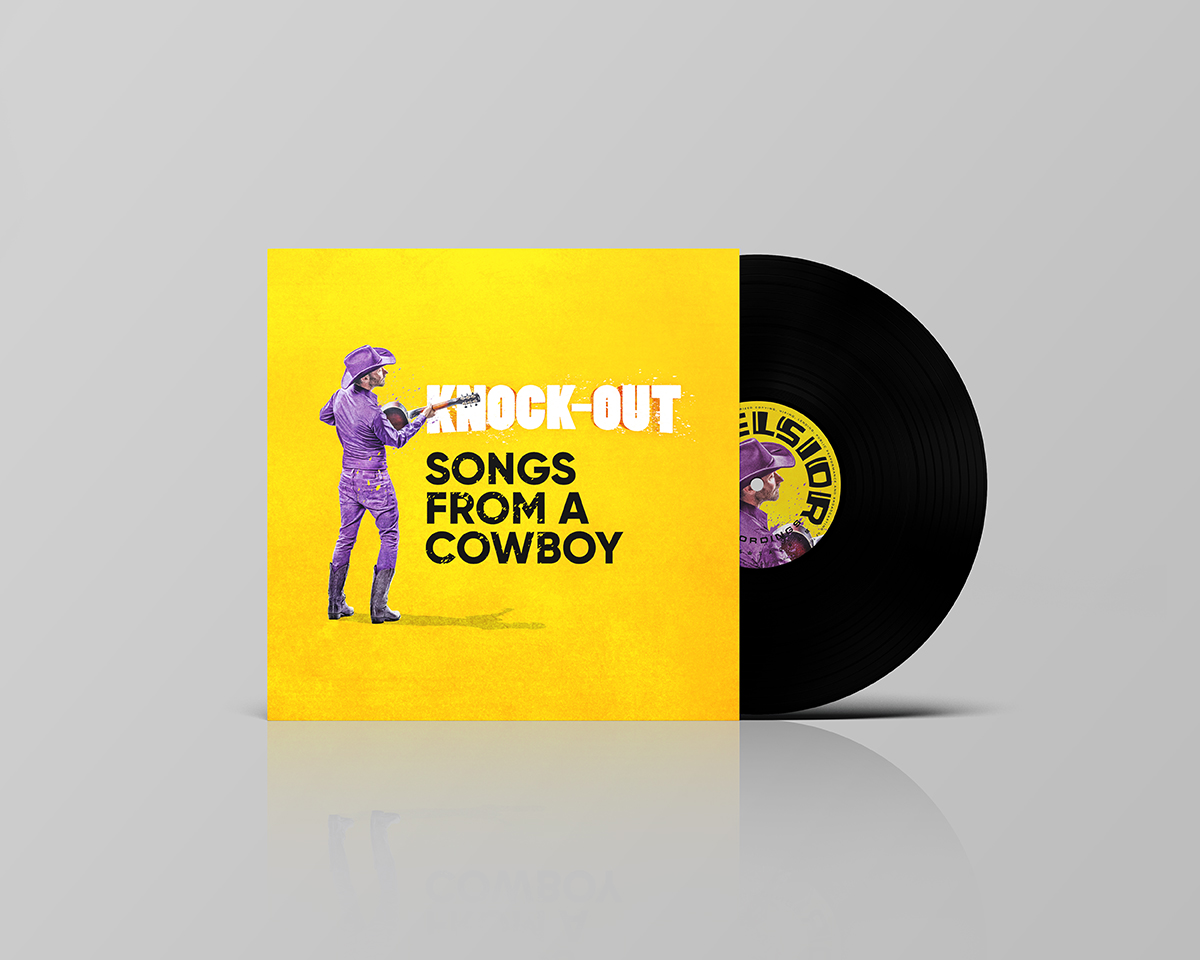 The performance received fantastic reviews, which we of course shared on social media. 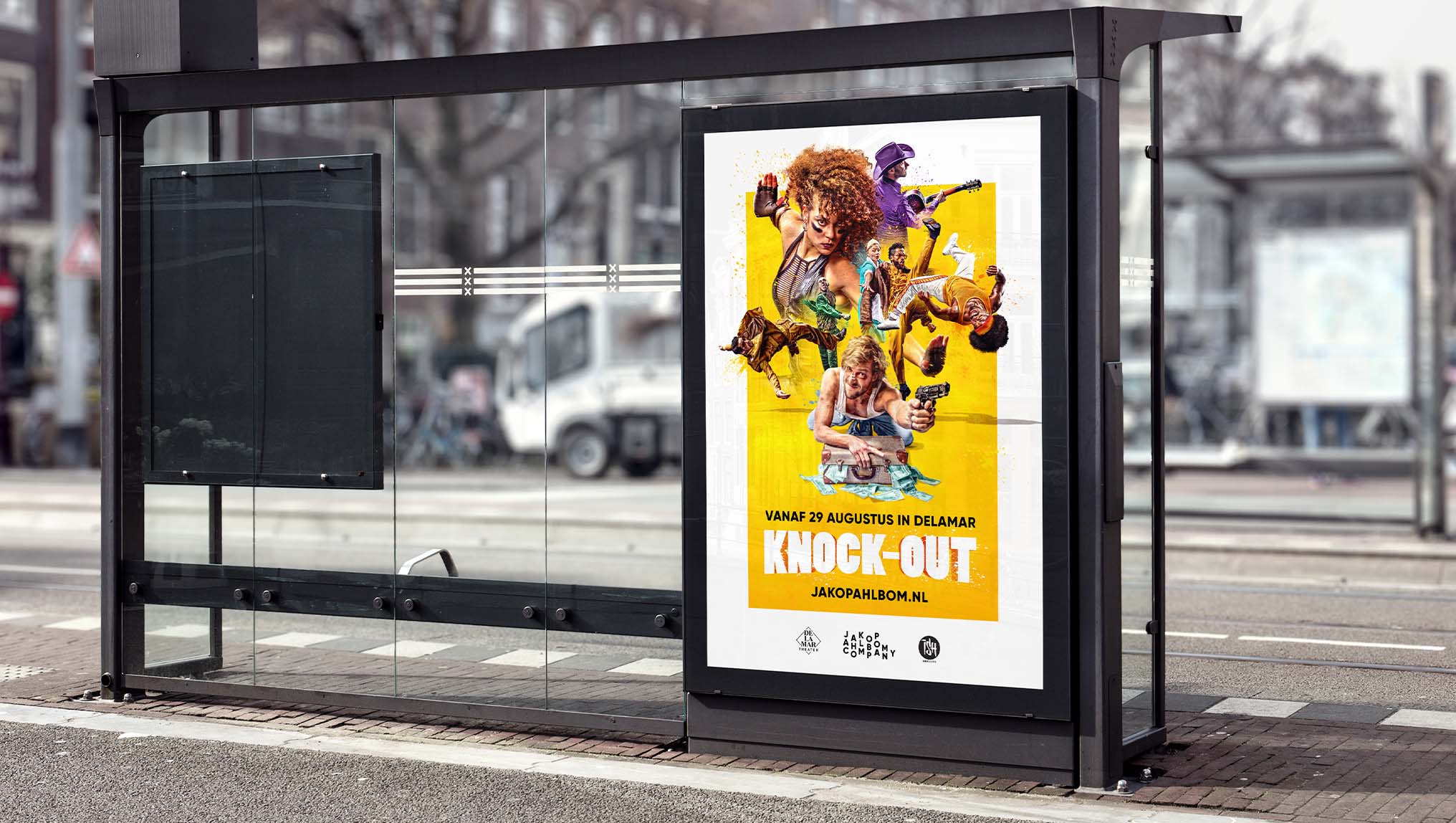